How the old watermill was working? 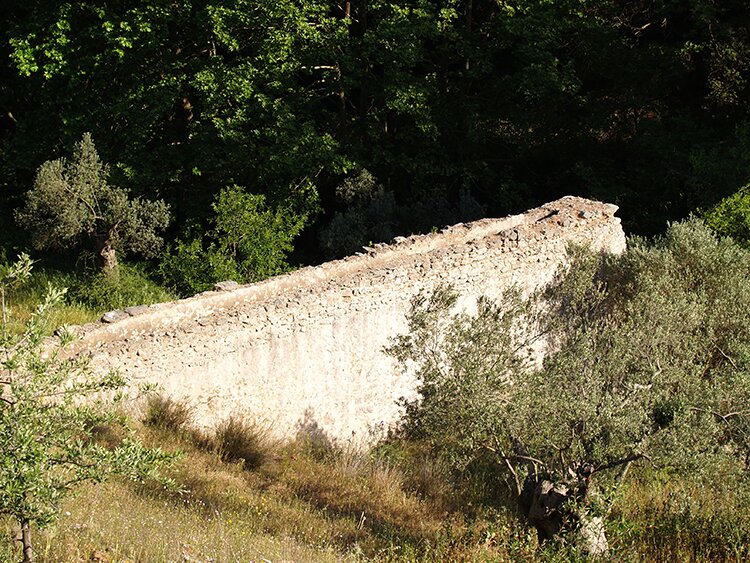 By saying watermill our mind goes to the Hydrokinesis Museum in Dimitsana, but in Greece there were thousands of watermills that operated until the 19th century. Not all of them were working with abundant water flow, many were made to work efficiently with little water, their construction differed and I will analyze one such in this article.

This type of watermill was designed to drop water from a greater height to gain speed and move the millstones. In this way it became possible to exploit small springs and streams. Don't forget that mills were the industry of the time and the biggest owners were the state and the monasteries. This particular genre was perfected in the 10th century AD.

I visited the old watermill in the village Iliokastro, or as it was called in the old days Karakasi, in Ermionida. Despite the years and the abandonment it is kept in excellent condition and you can still understand how it works. It is so well preserved that with a few repairs it could still function today, it must have functioned until 1910.

The water as it comes from the slope first falls into a tank, the cistern, so that soil and pebbles settle there. From the cistern the water enters the built groove which is particularly impressive, this pushes the water to fall from a great height. 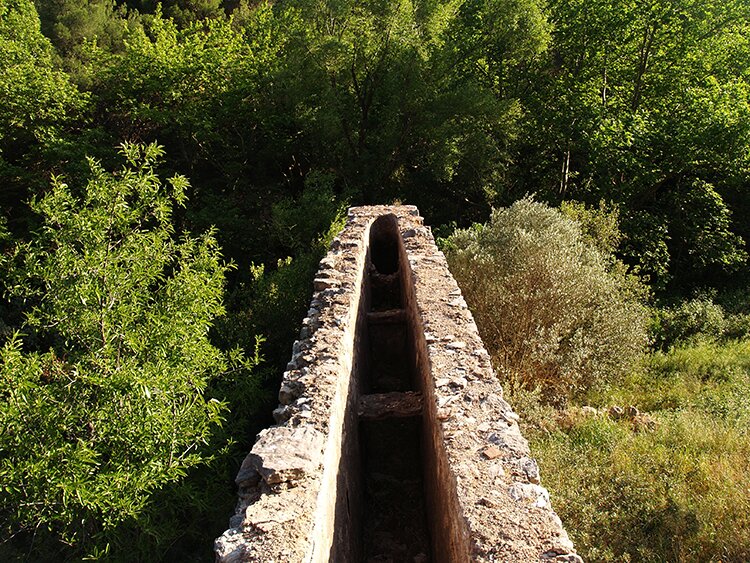 The built groove. Inside the groove you see the latches and holes with which the miller was regulating the flow

The groove ends in the suspension (kremasi) where it continues closed and almost vertically to enter the millhouse where it used to move the impeller which was placed horizontally and in turn with a shaft moved the millstones. 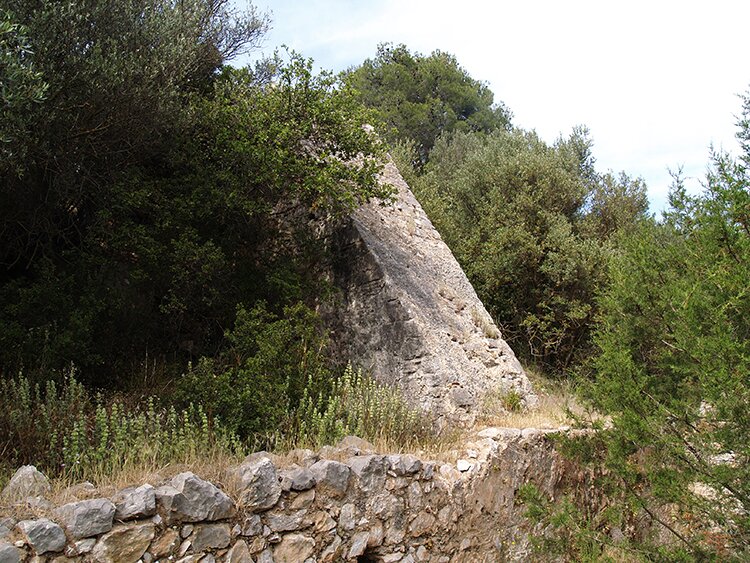 The suspension (kremasi) from where the water used to fall to the millhouse. Its height is 5 meters

The water was exiting the millhouse through an arched groove. 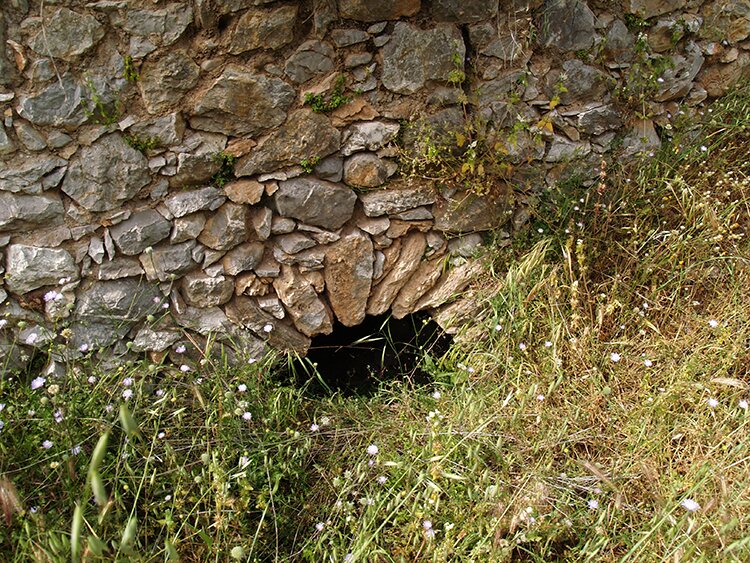 This is the simple explanation on how the watermill working. For its operation it was necessary for the millstones to have constant revolutions which implies a constant flow of water. This was adjusted by a system of latches and holes inside the groove. To grind wheat, the millstone needed normal revolutions, for barley more because it was harder, while for lathuri, which was very hard, so many were needed that the millhouse was shaking.

When the supply was greater than needed the excess water was ending up in an overflow tank and was exiting the system. The miller was also adjusting the pitch of the impeller blades one by one for more or less revolutions. Even if the flow of water was low the miller could fill the cistern to run the mill for a while and then again. 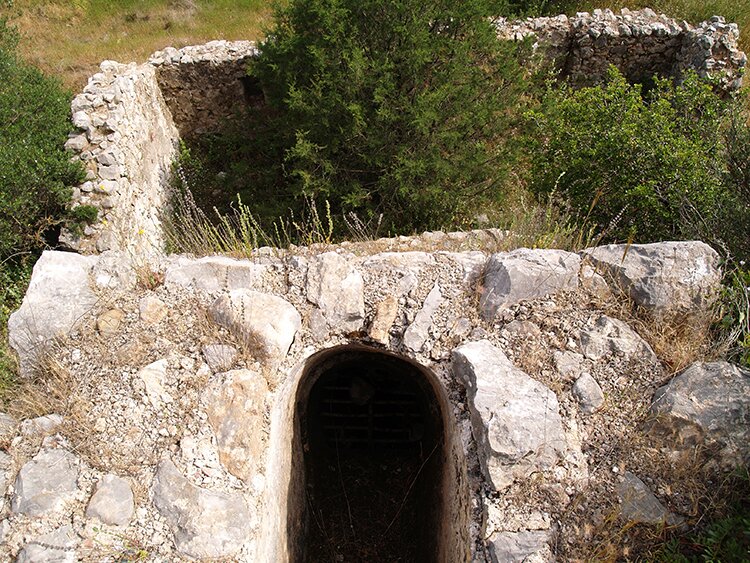 Looking from the built groove towards the millhouse. You can barely see the metal mesh that was holding the stones 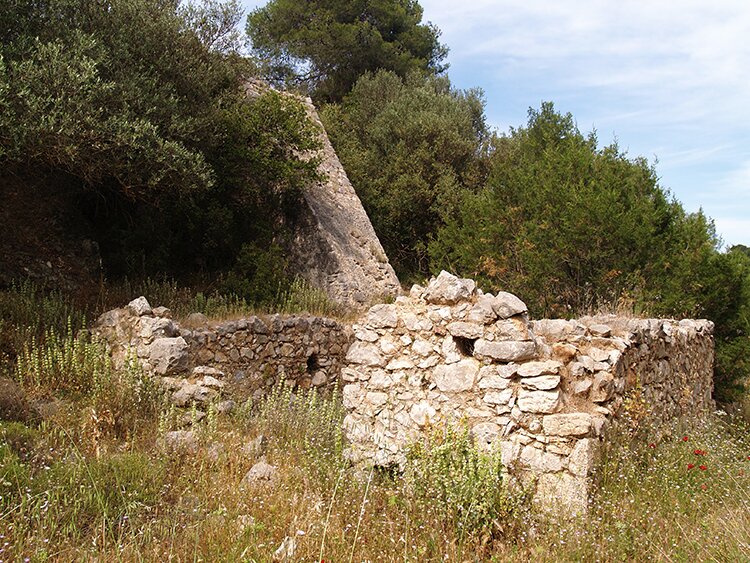 The suspension and the millhouse