How to get to Athens Airport Eleftherios Venizelos 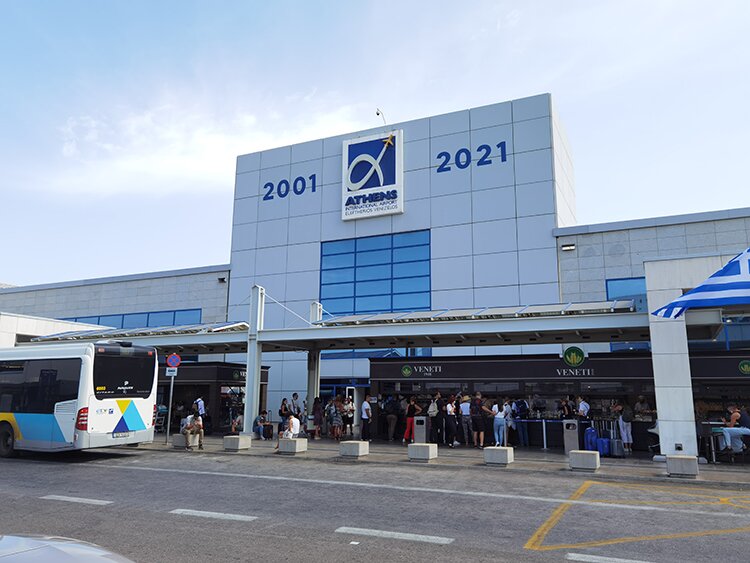 This is a detailed guide on how to get to Athens Airport Eleftherios Venizelos from anywhere in Athens or vice versa, from the Airport to anywhere in Athens. I have used the means of transport that I describe so you will read information first hand.

The fastest and most reliable way to go. The line that arrives at the Airport is 3 "Dimotiko Theatro - Airport"

If you use line 2 you have to change at "Syntagma" while with line 1 at "Monastiraki".

From Syntagma to Doukissis Plakentias the journey takes 20 minutes. Doukissis Plakentias is a terminal station and you will need to disembark. For the Airport the Metro follows a different schedule. From there you have two options, either take the next Metro train to the Airport or continue with the Suburban Railway climbing up to an above-ground platform. You take the train that passes first, if the cash registers are open you can ask. The ticket for both means is the same, the journey takes 25 minutes. 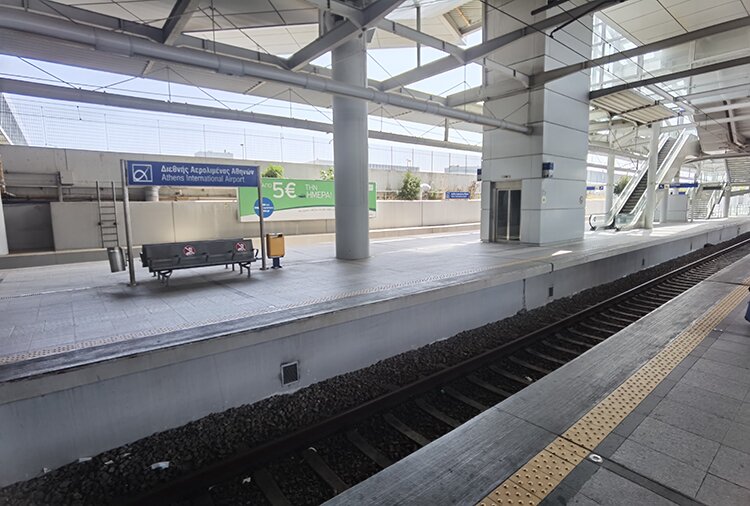 In total the journey from Syntagma to the Airport takes about 1 hour. For information about the Metro ticket for the Airport read the relevant article.

Arriving at the "Airport" station you go up a level with escalators or elevator, you reach the Metro - Suburban station where from there via a footbridge you follow the moving walkway and you reach opposite the entrance gate of the Airport.

The first itinerary of the Metro is at 5:30 while the last one is after midnight.

Athens city buses are not known for their consistency, however Express buses for the Airport are an exception. They make only a few stops, and these in central points, so they move faster and are consistent in their schedule.

It is the only mean that operates 24 hours a day. It has luggage compartment inside the passenger area, it can also hold large luggage.

The ticket costs 5.50 euros. You can get it at the Metro ticket vending machine (Buy Travel Products > Airport Express Bus) or at the OASA ticket booths. Such a booth is located at the Airport Arrivals. 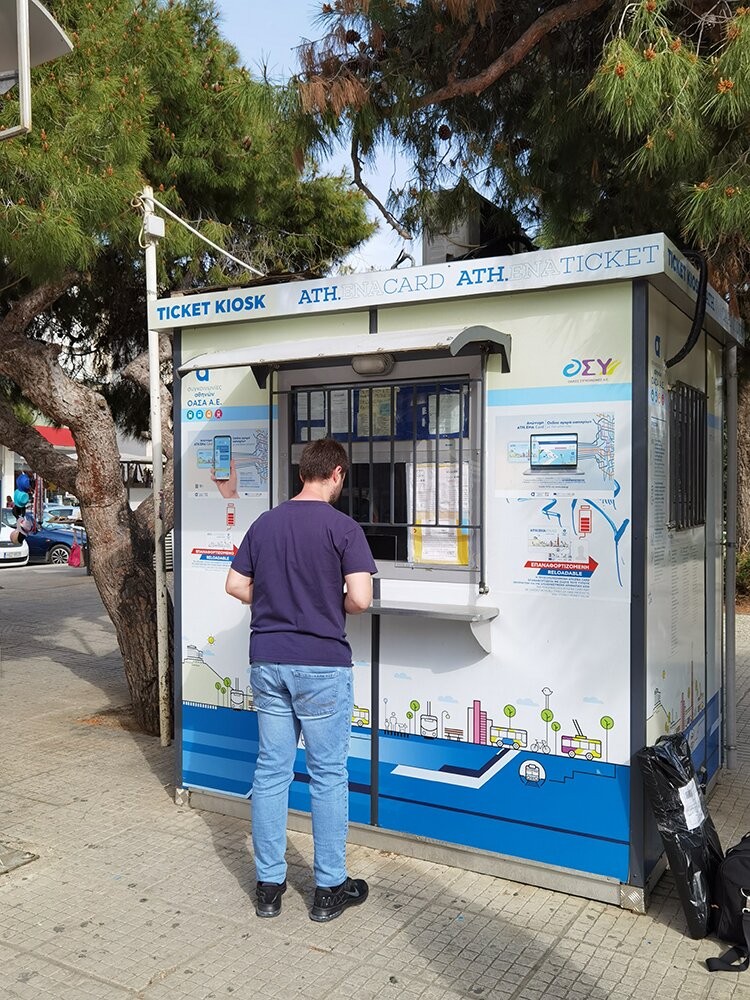 A disadvantage of the Express buses is that they may encounter traffic on the main avenues at peak hours such as Vassilisis Sofias, Mesogeion and Poseidonos. However, all these streets are served by the Metro (except for Poseidonos which is served by the Tram).

You must have already purchased your ticket before boarding the Express!

The Express lines are as follows: 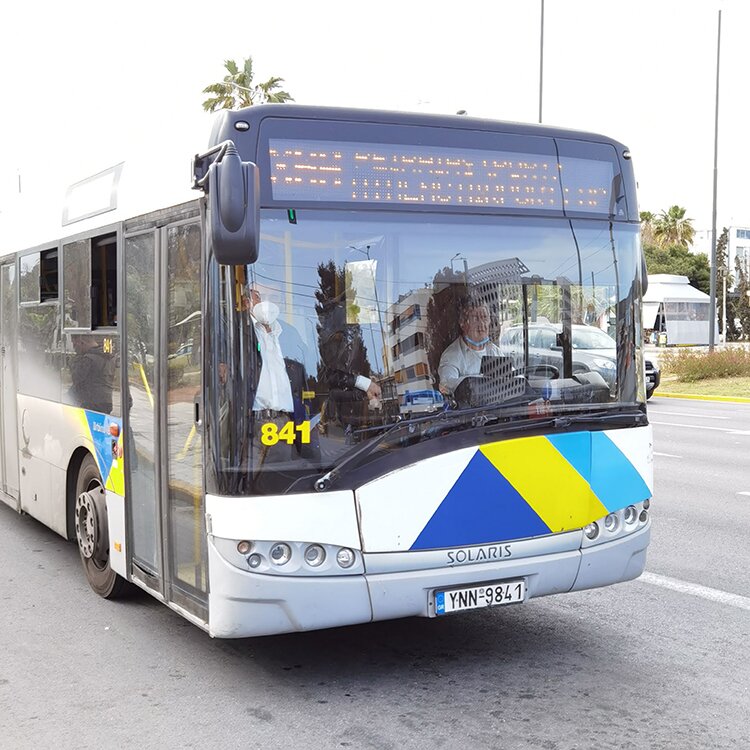 If you choose to get by taxi (radio taxi, via beat app, taxi rank) there is no fixed price. The price is pre-determined only from the Airport to the following destinations. I quote the list so that you have an idea of what the charge will be (tolls and baggage are charged extra).

In addition to the above options there are several companies with taxis, limousines, vans, buses for transportation to and from the Airport. It is rather convenient if you are many people with a lot of luggage or if you are in a hurry or if you do not want to bother with the means of transport. Search the internet for the means of transportation that suits your needs, communicate and book an appointment.

I arrived in Athens one day before my flight. Where is better to spend the night?

Syntagma Square is the most convenient solution. You can stay in other areas of Athens with large hotels near Metro stations such as Metaxourgio and Omonia.

How can I get to the Airport if my flight is early in the morning?

The first route of Metro line 3 from Syntagma is at 5:30. If this is not convenient for you then by Express bus which is 24 hours. Alternatively by taxi or private transfer service.

What you need to know about luggage

The Metro is not convinient if you have a lot of large luggage.

The "Airport" station is relatively far from the Airport entrance. You have to use an elevator to go up a level and then use a moving walkway. An Express bus or taxi or private transfer company may be more convenient for you.

How can I get from the Athens center?

By Metro from Syntagma station, alternatively by the Express X95 bus from Othonos Street at Syntagma.

How can I get from Piraeus port?

With the Metro line 3 to the Airport. Alternatively with the Express bus X96.

How can I get from Athens southern suburbs?

It is easy to go from the Athens southern suburbs. The X96 bus crosses the entire Poseidonos Avenue making several stops, so it is practically easy to get it. It reaches the junction of Poseidonos and Vouliagmeni Avenues where it turns for the Airport. Also the bus X97 crosses Vouliagmeni Avenue from Elliniko Metro station (in night hours from Dafni station).

Also if you want to use the Metro you can go either by Tram to the stops Neos Kosmos and Syggrou - Fix or by bus X97 at Elliniko station. 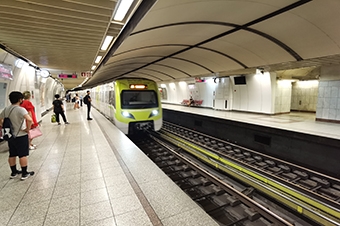 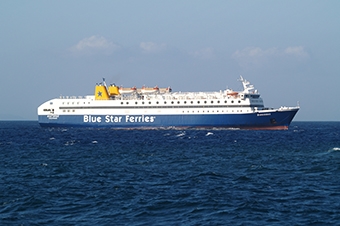 TIPS How to travel by ferry: a complete guide 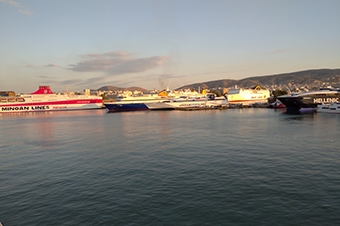 TIPS Long ferry journeys: how to make them more pleasant