The Christmas Chronicles 2: touching references about Greece by Netflix

For sure no one would expect Greece to be mentioned in a Christmas movie, let alone these references to be touching. 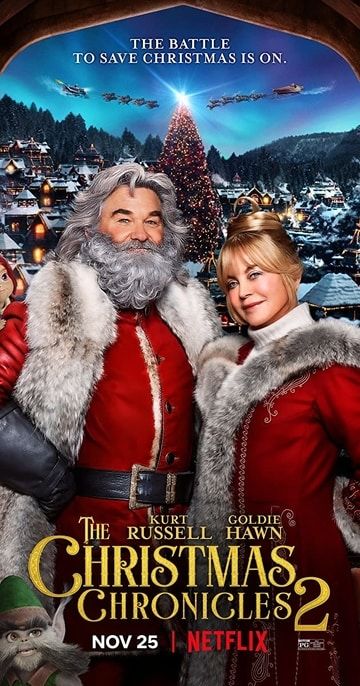 Santa Claus (Kurt Russell) fights to protect the Christmas spirit from people who don't like it and do everything to destroy it.

This is where it all began

Santa was living in Asia Minor, today, it's called Turkey

Santa was known as Saint Nicholas

he was a bishop who discovered the joy of giving

became something of a local hero

and his legend spread far and wide, eventually reaching the forest Elves

During the narration, Agios Nikolaos puts coins as a gift in shoes and socks. He is Santa Claus young, as he has a black beard instead of a white.

And the narration continues:

who would one day would lead them to safety

their leader Hakan, knew that Saint Nicholas was the only one

who could channel the Star of Bethlehem's power

from that day forward, they no longer referred to him as Saint Nicholas

they called him Santa Claus

where Christmas would truly endure

In short, we are told that the American Santa Claus and the Greek Saint Nicholas are the same person!

Then, at various points of the film, Santa Claus is addressed both Nicholas and Nikos.

Then the producers of the movie advertise Greece, they may want to clarify that all the above are Greek traditions as this has not been explicitly mentioned.

At Boston Airport, where the film continues, several shots are made on a poster with the Acropolis, which reads "Greece, we can take you there".

Like icing on the cake, a shot is made with Santa Claus happy next to the poster.

All this shows how Greek culture is a constant source of inspiration for Hollywood films despite the problems the country faces from time to time.