Nafplio Travel Guide - Where to stay

Get to know the first capital of Greece, the city of classic beauty and romance. It has shared its history between Greeks, Turks and Venetians and this can be seen everywhere. 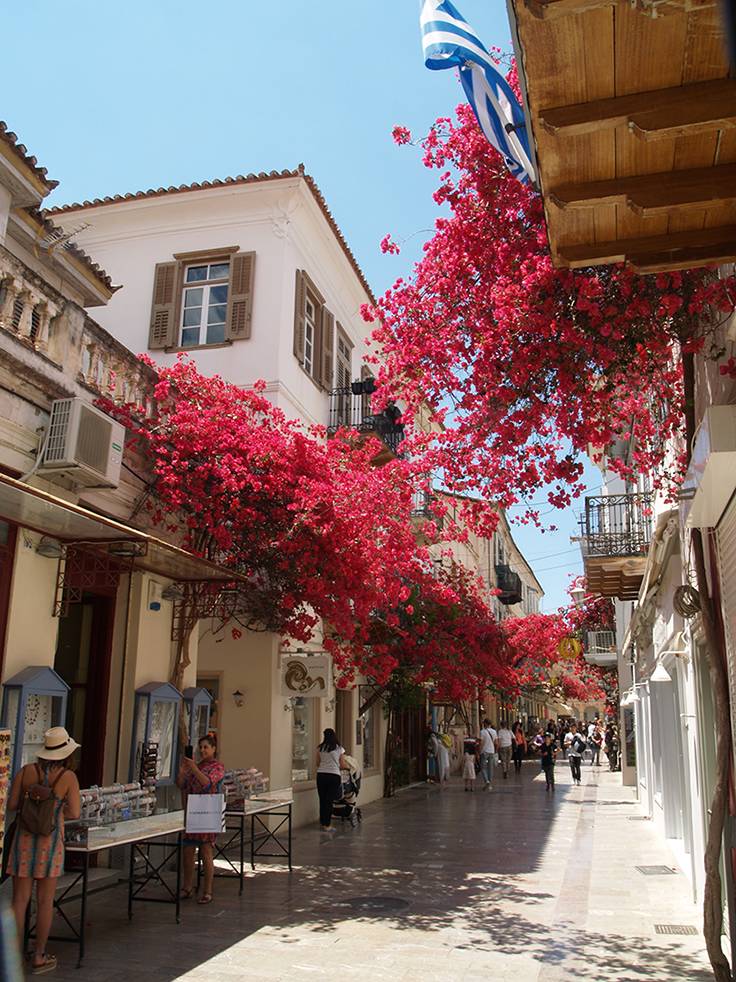 If you like the picturesque alleys and places of historical interest then you should start from the square where the town hall of Nafplio is located, the Trion Navarchon square (Three Admirals).

At the entrance of the square visit the statue of Kapodistrias, the first governor, then you'll see the burial monument with the bones of the hero of the Revolution Dimitrios Ypsilantis. Next is the statue of the first king of Greece Otto who lived in Nafplio from 1833 to 1834.

In the place where the statue of Otto is located was once the government house or "Palataki" which housed the government offices and the governor's house, designed by the Italian architect Pasquale Hippoliti. It was built in 1829 and burned down in 1929.

This is where Vassileos Konstantinou Street begins, the Big Street as the locals call it, one of the largest streets with neoclassical buildings in Greece. Enjoy the wonderful spectacle with the bougainvilleas that bloom in May and the following months as the flowers fall in the alleys creating a wonderful backdrop for photos. 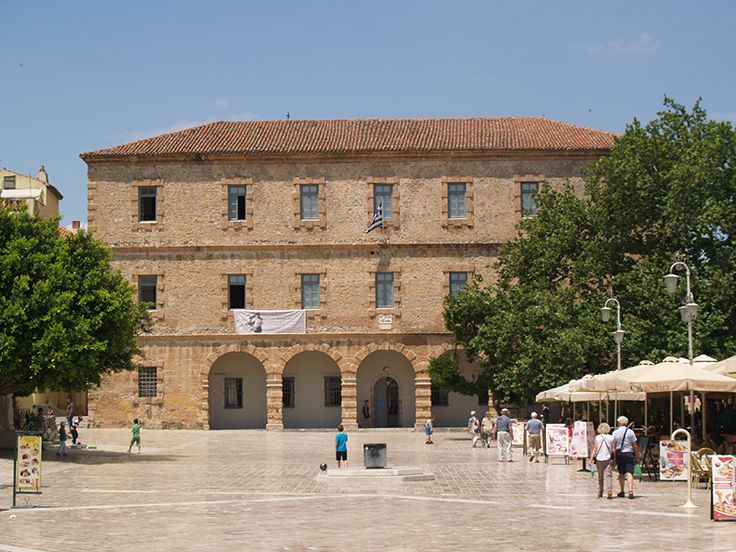 Its names throughout the centuries were square of Arms, square of Platanos and square of Louis. It got its current name after the concession of Syntagma by Otto in 1844. It's the center of the city and there are the most important public buildings, characteristic of its history.

Trianon was built during the first Ottoman rule (1540-1685) and at that time was a mosque. During the second Venetian rule, in 1687, it was converted into a christian church and today it's used as a theater.

The stone building that dominates is the venetian warehouse of the fleet as evidenced by the latin inscription at the entrance.

The most significant building is the first greek Parliament that was housed in the mosque of Aga Pasha and has since been called Vouleftiko. The trial of Theodoros Kolokotronis, who was sentenced to death, took place there in 1834, the sentence was commuted to imprisonment and he was imprisoned in Palamidi.

The heroes of the Revolution, Gennaios Kolokotronis and Nikitaras, had houses in the square.

Apart from the historical interest the square is nice to walk, have a drink or coffee and eat breakfast or ice cream. It's the favorite place for families as the square is ideal for children to play. It's worth visiting even in summer, Nafplio has life in the city and not only on the seafront street. 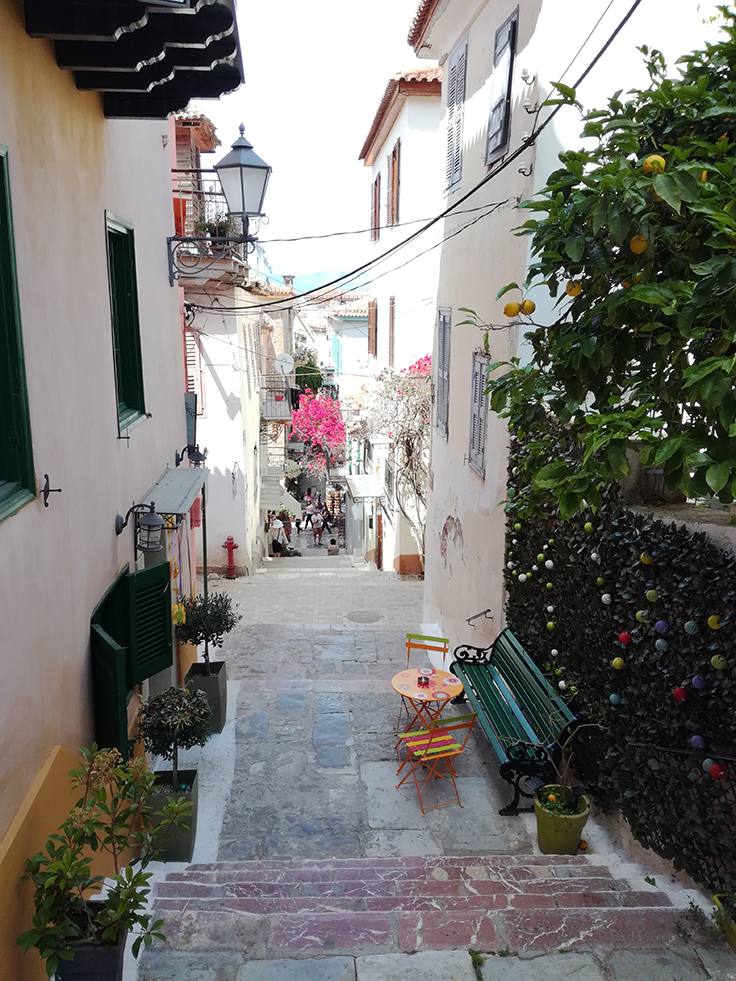 Another picturesque alley above Vassileos Konstantinou and Syntagma square. At Staikopoulou you'll find shops that sell tourist items as well as various eateries, towards the end of the alley you will reach Vouleftiko.

Turning in any alley upwards you move away from touristic Nafplio and enter the quiet neighborhoods of the old town. The uphill stairways end in Akronafplia and Psaromachalas.

Above Staikopoulou is the church Agios Spyridonas, the place Ioannis Kapodistrias was murdered. 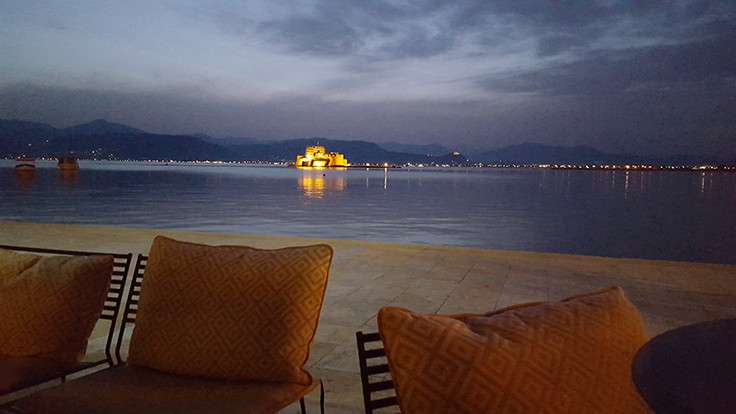 In summer it's the favorite walk of the tourists. It's called Bouboulinas street because at the beginning of the street, where the bust of Laskarina Bouboulinas is, was the house that the heroine acquired for her contribution to the Revolution.

Walk among taverns, bars and cafes, see the obelisk at Filellinon square dedicated to the French sailors and soldiers who fell in the Greek Revolution and enjoy the wonderful spectacle with Bourtzi fortress.

Once you reach the port you can go further to see the walls and the wonderful seascape of Arvanitia promenade.

For accommodation outside Nafplio 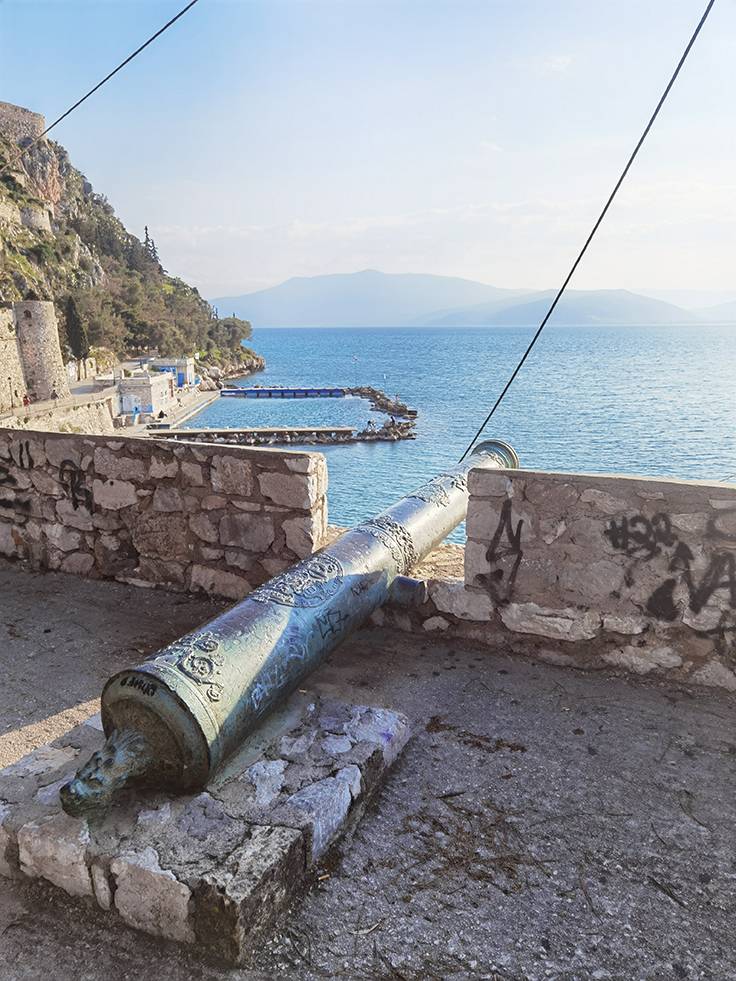 All the streets mentioned lead to the bastion 5 Brothers. This strange name comes from the 5 cannons that guarded, along with Bourtzi, the entrance to the port, this is the only part of the city thar walls were not demolished. 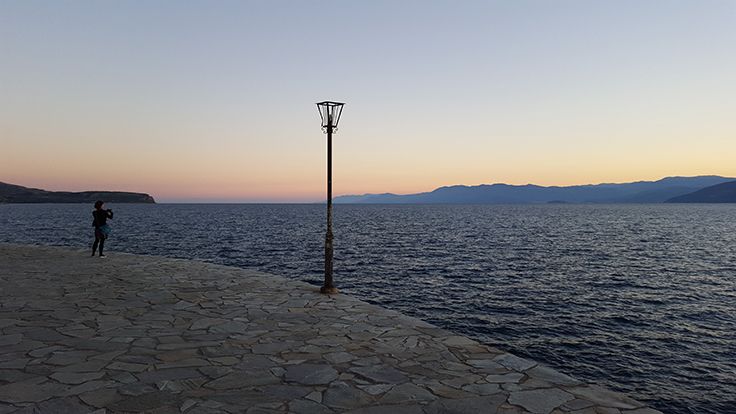 Another romantic walk with a wonderful view to the open sea, you'll also get a good dose of sea air. But be careful not to go between the lighthouse and the beach of Arvanitia because the rocks are vertical and there are landslides! 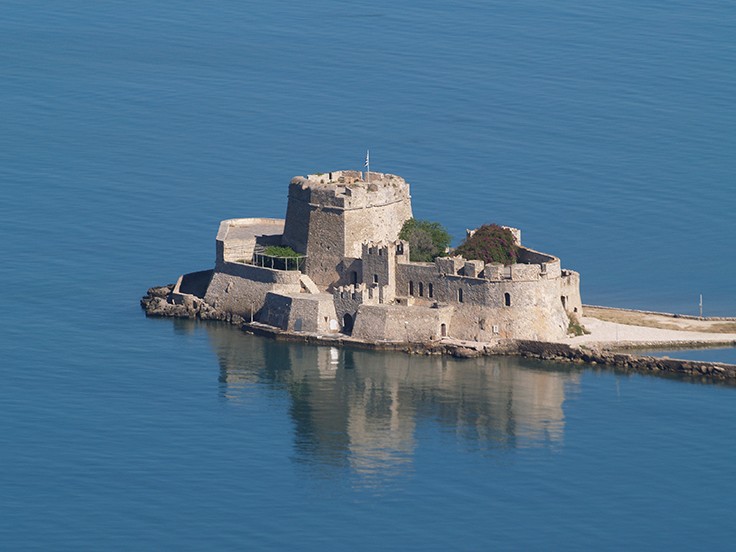 A sea fortress that once guarded the port of Nafplio, today beautifies the city with the wonderful spectacle it offers.

You can easily visit it by boat which departs from the port. There's nothing special to see in Bourtzi, you'll just go boating and climb the tower to see the view and take photos.

It was built by the Venetians and chained the port, hence the old name Porto Cadena that once the port had. The case of the key of the chain is built into the wall after the 5 Brothers bastion on the seafront street, if you are a little careful you'll see it. 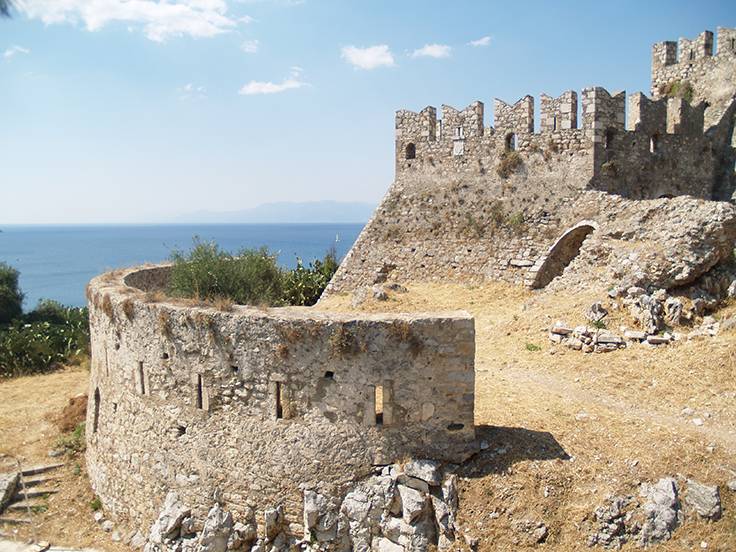 Don't miss to visit Akronafplia to see its castles up close. At the highest point is the clock tower from where the view to the city is amazing.

You can get to Akronafplia from the old town through the Venetian gate above Fragoklisia Church. 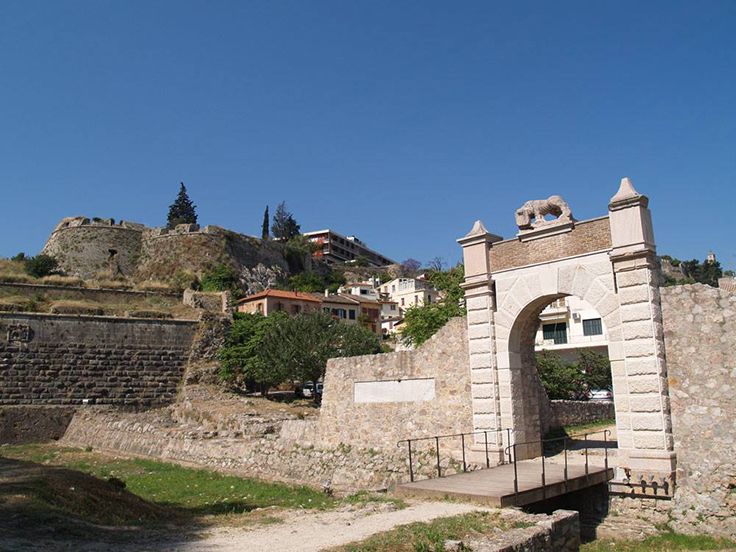 The main gate of the city was the Gate of the Land above the Courthouse, the one that exists today is not the original but an exact copy. It was the focus of sieges by both Turks and Venetians for centuries. The votive inscription refers to the conquest of the Peloponnese by the Venetian general Francisco Morosini.

At the 5 Brothers bastion is located the gate of the Sea.

When to visit Nafplio

Every season to visit the sightseeings and explore the old town. In spring it's even better as the bougainvilleas bloom in the alleys and create a wonderful backdrop for photos.

Summer is not the ideal time to visit the sightseeings as the high temperatures will make you feel uncomfortable. If you want to stay near the beach, it's better to stay outside Nafplio or Tolo, as the city doesn't have direct access to Arvanitia which is the closest one.

Nafplio will get you to another era, it's also known as an open-air museum: you'll see picturesque alleys, museums and castles. It's also famous as a romantic destination.

2. Do I need a mean of transportation to get around?

No, the distances within the city are short. With the tourist bus that starts from the port you can visit all the sightseeings.

3. What are the nearby destinations?

At a short distance are Mycenae, Epidaurus and Tolo. Porto Heli and Ermioni are an hour's drive, from where you can get to Spetses.

It's only 1½ hours drive from Athens (140 km). You can get easily and cheap with intercity bus too from Kifissos station.