A forgotten and unknown story the movie "Operation Mincemeat" screened in 2022 screened in 2022 is reminding us. It is the second film made on this subject after "The man who never was" in 1956. 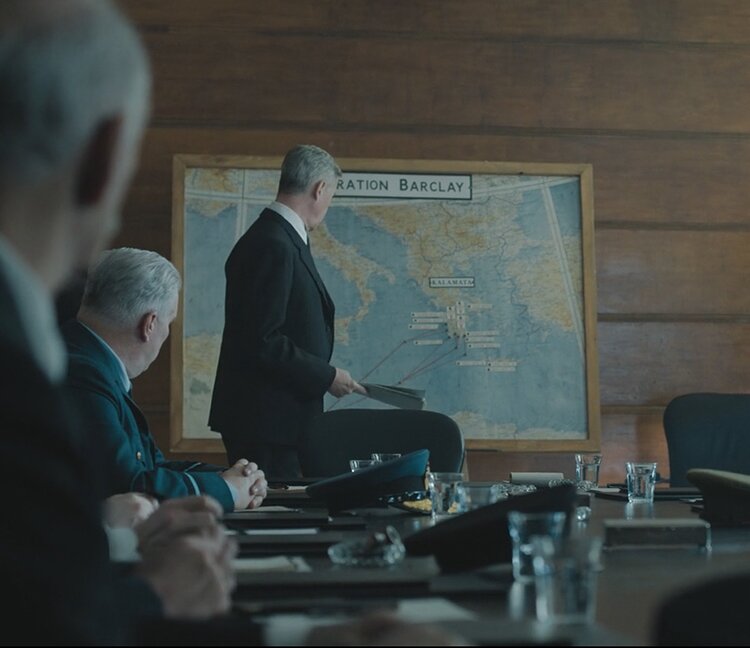 The Netflix movie starring Colin Firth takes place in England in 1943 on a different battlefield of World War II: that of enemy deception and espionage. Their purpose is to mislead the Germans about the British and American landing site, so that they send their troops elsewhere and the landing has a chance of success. And this place is Greece, the place where the landing would actually take place was Sicily.

A map of Greece with a plan of the supposed landing appears, as shown above. We see that in big letters is written "KALAMATA", point of the landing, while on the map are marked Pyrgos, Kyparissia and Skala, parts of the Peloponnese with long beaches where an amphibious military landing can take place. As shown on the map, the British and Americans would start from Libya from areas east of the Cyrenaica before reaching the beaches of the Peloponnese.

Of course, for the Germans to believe this alone was not easy. The plan was based on an idea by Ian Fleming, later the creator of Agent James Bond 007. The body of a young man who was given a false identity was recruited. He was named Major William Martin who carried secret documents which suggested that the target of the landing was Greece. The body was dumped by a submarine off the coast of the Spanish city of Huelva because German agents were there.

The corpse indeed was collected by a fisherman. However, according to the film, the Spanish authorities were indifferent to the documents and immediately wanted to hand over the body and the documents to the British. An English agent intervened here, claiming that he was a double agent in favor of the Germans. With his actions the documents were indeed handed over to German agents for examination and after deciding on their importance they were sent to Hitler's office in Berlin.

Hitler and his staff in turn believed it because of the crucial position of Greece. A landing in Greece probably would persuade opportunistic Turkey to join the British camp something that would have disastrous consequences for the war in the Soviet Union. Another factor is that it would bring the US military machine very close to Germany's only source of oil, Ploiesti in southern Romania. A landing in Sicily would not have such consequences except the headache it would cause to the Germans. 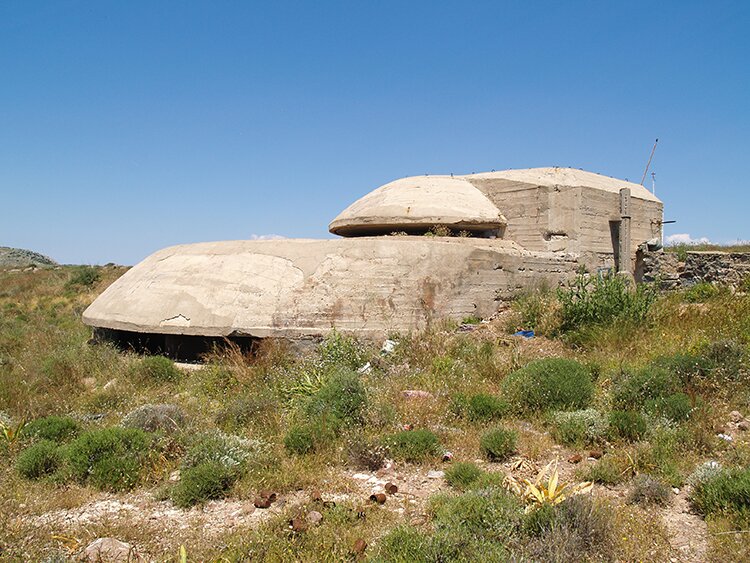 The film ends with the great success of the landing in Sicily and the minimal resistance it encountered. For Greece however it did not end there. As a result countless concrete artillery positions, outposts and pillboxes were built on the shores to prevent an amphibious landing. The guard of the coasts of course was nothing more than a holiday for the Germans because the enemy never appeared.

So whenever we see such an ugly and mysterious construction on a coast let us know that it was built in 1943 as a result of deception and that the real war took place in Sicily.