A tribute to Afroessa, the boat of the former king Constantine

As soon as you see Afroessa from afar, it's her lines, her mast and the slight tearing of the sea that will leave your eyes on her. You can easily understand that this wooden vessel was built by experts with art and passion.

Former King Constantine's relationship with sailing is well known as he won the gold medal at the 1960 Rome Olympics and it's as if all this experience was embodied in Afroessa.

I came again in the summer and now my visits are getting quite frequent and I think that the time has finally come for the obvious: to return to my homeland. So I rented a house in Porto Heli, as several dear friends already lived there, but also because it's an ideal place for someone who loves the sea and sailing as much as I do. King Constantine, Untitled 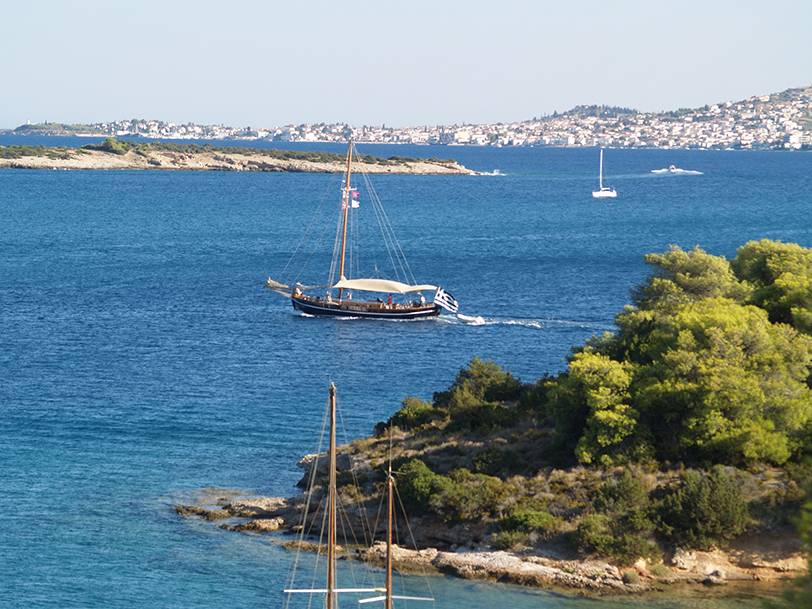 Afroessa in the coves of Porto Heli. In the background Spetses island

The boat is a gift to his wife Anna-Maria for her 60th birthday. Constantine mentions the story in his book.

As the Queen approached the age of 60, I decided to give her a present. The idea was my sons' and to be honest it was a gift to me too... everything was done in absolute secrecy without arousing in Anna-Maria the slightest suspicion. So, on the day she turned 60, on the morning of August 30, 2006, I asked her to go out on the balcony with her eyes closed facing the sea. When she opened them, she saw Afroessa, a traditional boat built by Basimakopoulos in Koilada Argolida, a fishing village near Porto Heli. Around, our children and grandchildren hugging and kissing her, and she was looking at the children, Afroessa and me. She hugged me, she kissed me and she told me "Thank you". 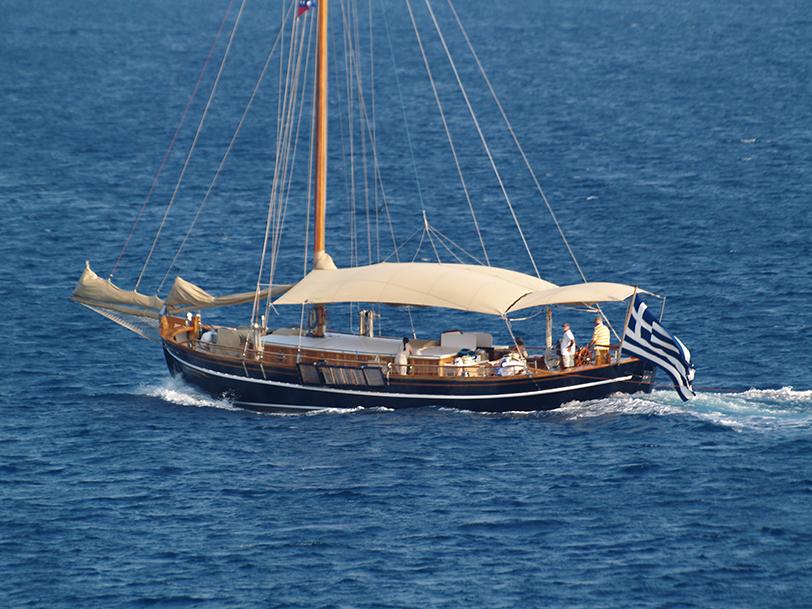 Constantine on the wheel

Afroessa has been an integral part of the Glücksburg family since they settled in Greece. It is anchored in the port of Porto Heli quite close to the place of residence which is the holiday settlement of Agios Aimilianos.

In the summer, the grandchildren come and go around the bays of Porto Heli and Spetses.

And in the summers, every year, my grandchildren come and fill the deck of Afroessa with voices and laughter.

In moments of carefreeness with children and grandchildren

Finally, he mentions us something about his travels.

In recent years I have no greater joy than sailing with the Queen in Greek waters: Ionian, Aegean, Saronic. Seas, islands and lands of a country that, no matter how much you know it, you never get enough of it, you always admire it as if you were seeing it for the first time. 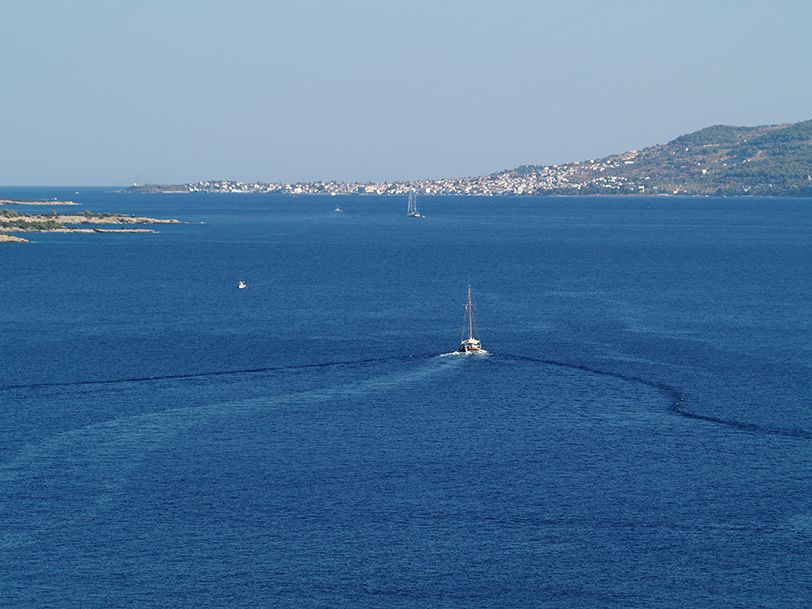 Sailing to the strait of Spetses

Afroessa is now known to almost everyone on the islands. 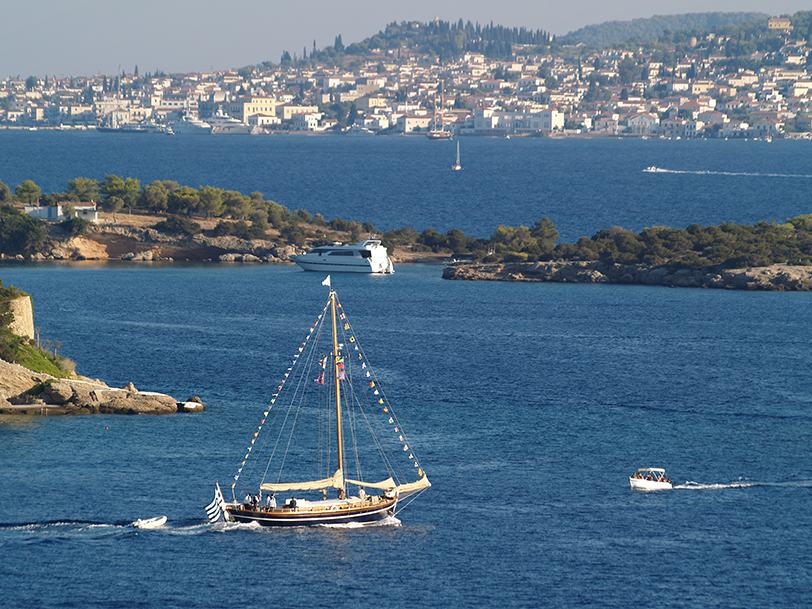