You think you know everything about Greece and the Greeks? Learn about 9 daily-life funny things modern Greeks believe, from the greek crisis to perception of work and wealth. 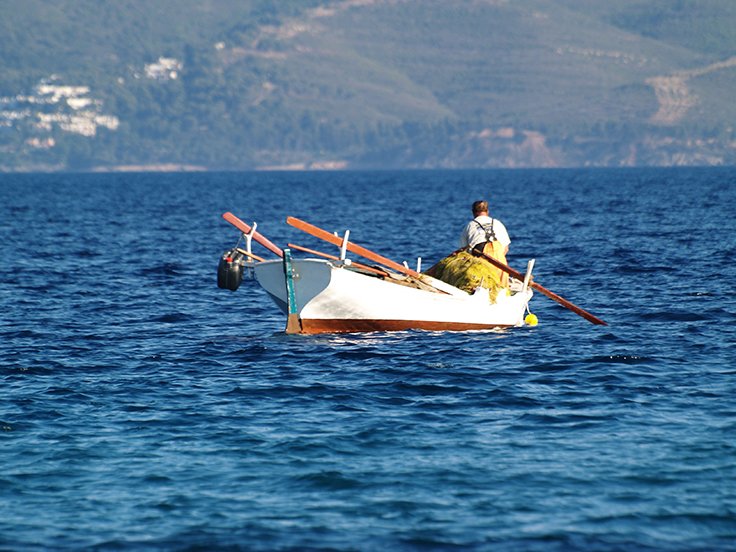 1. The greek crisis was invented by the westerners to obtain for free land, islands and oil

Everyone was coveting this prosperous land. The Europeans conquered Greece in 1204 with the Crusades, after the 1821 Revolution they gave us kings and in 1941 Germans and Italians came as well. Now they invented the crisis to get everything for free, to come to Greece for holidays and have Greeks as their servants.

This was widely believed in 2010 and the following years after the outbreak of the greek economic crisis, no one believed the crisis was real. Actually the governments were hiding the truth about the size of the debt and what was really going on.

The left party Syriza rose to power in 2015, a referendum was held for the people to decide whether to accept the terms of the creditors. The people voted against the terms and the government accepted these.

Eventually, everyone realized that either they would comply with the terms or the country would go bankrupt. 5 years were lost.

2. The good old days will return

The days of the economic bubble will return.

Greece once had drachma, the inflation was around 20%, interest rates at 25% and everybody were happy. Money was born magically, it was plentiful, but no one knew it was a bubble.

Back then the state was hiring thousands of employees every year and jobs in businesses were easier to find than today.

Ultimately, you could open your own business, sell whatever, products or services and make your living.

This has a dual meaning.

Sometimes it's actually this, but other times the speaker implies something else.

The citizens were unaware of the trap and many found themselves in difficult situations later. Hey, it seems to me this is the root cause of the high amount of red loans in Greece!

5. Whoever has better job - car - clothes - house than me is rich

This has to do with how Greeks perceive wealth.

Until recently Greece was a poor country, our grandparents were poor, the exceptions are few. With the Marshall plan after WW2 and the integration into the European Union, Greece turned into a developed country.

Take for example the large supermarkets and the malls. They are relatively new in modern Greece, they started to exist since the '90s (coincidentally after the fall of communism), very late compared to the western world.

Consumption is still something new in Greece, a simple demonstration of wealth, such as a new car, triggers negative feelings, people don't like it.

However Greeks don't want to become as rich as the other guy is, they want him to become poor again! The Archbishop Christodoulos had once said to humourize this situation: "If my neighbour has a goat, I wish it to die!"

It has nothing to do with Gerard Batler's "This is Sparta", it means that something can't happen simply because here is Greece. It's used as an excuse for indifference or resistance to progress and changes.

Many times the Greeks don't like to be disturbed with changes, they don't like to invent something new, they prefer to go on as usual. Besides, here we don't work round the clock like the workaholic Americans and the Europeans, we work to make our living.

Usually such conversations end with the phrase "Ooooooh brother!" meaning "stop! I'm getting a headache".

"Here is Greece" was also used in the outbreak of the economic crisis when a reduction in wages was imminent. It meant that the wages cannot be reduced because here is Greece.

The fact that you need to know people to find a job or achieve something like a promotion. This had literally eroded the state in the '80s and '90s.

My father had found me a job in the mid-90s to a semi-state company. There was a queue there and an employee was asking the candidates "who brings you here". The candidate was stating the name of his mean, somebody in the governing party I guess, and the employee was calling him to pass inside.

When my turn came, he posed me the question and I responded him "I don't know, nobody", he answered me "we don't hire in this way".

Back in these days, large political parties had local offices. The responsible was a person of the party and anyone could ask him a favour in exchange for a vote.

After the crisis the state is far smaller, people have no connections with parties anymore, and therefore the significance of the mean is no longer important.

8. Europeans and Americans don't want Greece to be strong

This is the answer to the question "Why Greece is always weak, de-industrialised and an international beggar".

In #3 I described how Greeks blame the state for everything, however this answer is not enough for this question.

So the easy solution is to blame the world powers.

No, I am not referring to the communist party (which still gets a decent 5% in the elections). It's funny anyway to listen on the news their theories such as "The EU and the euro makes it easier for the capitalists to exploit the workers" or their stories about the USSR.

I am referring to the fact that a few Greeks still believe in a large state with a big control over the economy.

With the fall of communism three major changes took place in Greece:

Back in the '90s and '00s the state was really big. In the outbreak of the crisis, in 2010, an initiative was taken to find out how many the civil servants were (until then their number was unknown!). It was around 700.000, 7% of the total population!

The agricultural sector had also completely lost ground, that's the reason you sparsely see greek products on your country's supermakets selves. Farmers failed to form associations and now they largely believe on minimum prices or that the state should be responsible to market their products.