There are innumerable archaeological sites in Greece but this cave is beyond imagination, read below why. 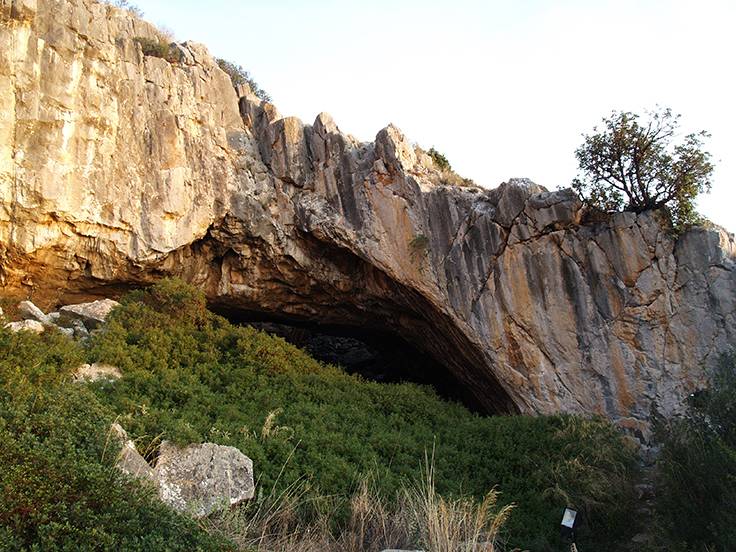 It was excavated between 1967 and 1976 by the universities of Indiana and Pennsylvania and the traces of a continuous human presence have been uncovered from the Paleolithic period, 30,000 years ago, to the Bronze Age, 5,000 years ago.

In other words, it covers the period when man was living in caves and was hunting wild animals in a cold from the glaciers world and reaches the farmer man who was cultivating the land and was living in settlements.

In addition to human evolution, Frachthi narrates the natural evolution of climate and environment over the millennia and how it affected human life.

Let's look at them chronologically below.

30,000 years ago the planet was in the ice age with temperatures much lower than today, heavy and longer winters, a lower sea level by 120 meters and a dry climate that had formed a steppe landscape with bushy vegetation.

Frachthi at that time was used as a shelter by hunters as a few stone tools, a few animal bones and traces of fire have been found. The bones come from wild equidae, goats, deer and oxen. The sea was about 6 km away.

The findings testify the continuous human presence from the 25,000 years before today.

18,000 years ago the glacial period ended and gradually the climate began to become milder. The temperature is rising and the rainfall is increasing. As the ice melts at the poles and the mountains of the planet the sea level rises and slowly approaches Frachthi.

The steppe leaves and the humid climate covers the landscape with forests.

In the cave the remains of bones from wild equidae and goats disappear 10,000 years ago and the cattle that have a preference for meadows increase, but with the expansion of the forests they also disappear and give their place to wild boars and deers.

In the 11,000 years wild fruits appear, a sign of vegetation and a humid climate.

As the sea approaches, limpets and sea snails appear in Frachthi, which abound on the rocky shores, as well as shells and fish remains.

Obsidian also appears, a hard volcanic rock that was used for tools from Milos island.

8,000 years ago, obsidian increases in quantities and at the same time appeared tuna vertebra, a sign of fishing in the open sea and of sea voyages.

Gastronomy also appears as the inhabitants of Frachthi show a preference for specific species of sea snails.

The advent of agriculture is drastically changing the way of life in Frachthi. Herds of sheep and goats and agricultural crops appear. The fishery is differentiated with the majority of the bones being sparidae (sea breams, white seabreams, red snappers), sardines and to a lesser extent white grouper, mullets, sphyraena and sturgeon. The collection of shells continues as in the mesolithic period. Tools such as millstones, stone pickaxes, hammers and pestles also appear.

Ceramics appear and evolve, statuettes, bone ornaments and beads were also discovered. All these testify to a trade network of the Neolithic world.

Man comes out of the caves for the first time and a settlement is built outside Frachthi where its ruins still can be seen. 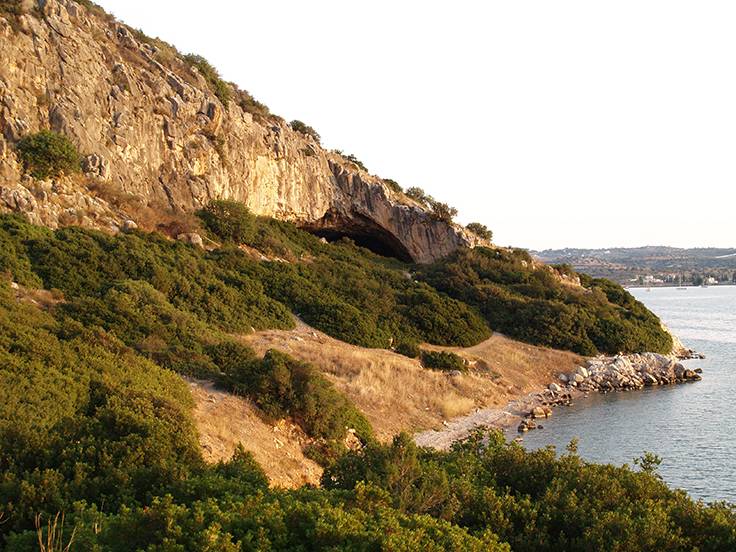 5,000 years ago, rural settlements appeared in the countryside around Frachthi near pastures and fields.

Just then the roof of the cave collapsed and it's permanently get abandoned. 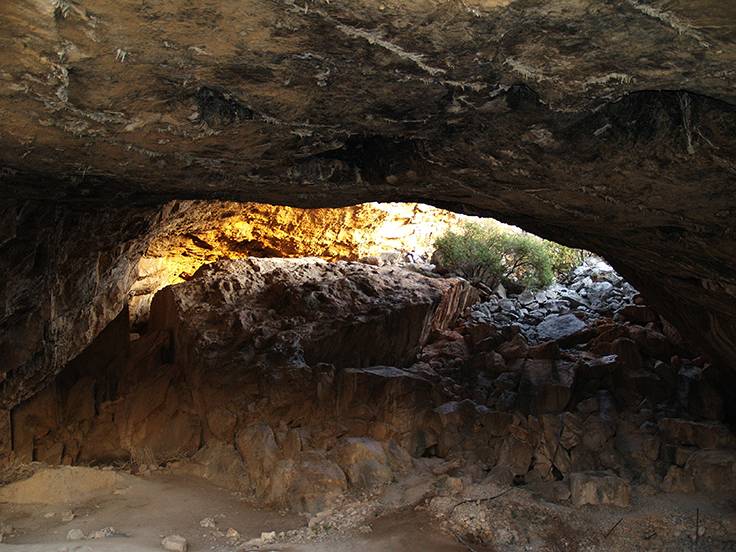 The exploration by the oceanographic PlanetSolar in 2014

In 2014, a joint mission of greek and swiss archaeologists was carried out with the swiss solar catamaran PlanetSolar in order to map the sea area of Frachthi and to explore the submerged settlement outside the cave.

In the summer of 1955 a group of young people started, among them Adonis Kyrou later director of the newspaper "Estia", with a boat from Spetses to the shores of Ermionida for fishing.

So they accidentally arrived at the beach in front of Frachthi and were surprised to see on the ground a number of archaeological finds. However, the competent archeological service didn't respond to their request for excavations.

In the 60's the Livanos ship owners family bought the neighbouring island of Koronida in order to built cottages. As part of the work, they took soil from the neighboring areas and only then did the archeological service called American archaeologists to excavate Frachthi.

The discovery of the prehistoric skeleton

The oldest burial in Greece has been discovered in Frachthi, it's a complete skeleton of an adult aged 10,000 - 8,000 years ago, in an embryonic position with his hands on his chest without being accompanied by any burial gifts.

Two more burials were discovered, newer ones, of the Neolithic period, of children without gifts.

Man reached his current intelligence 30,000 years ago but the ice age did not allow any evolution, he continued to be a hunter-gatherer perhaps hunting in groups and more intelligently.

As soon as the planet came out of these harsh conditions then he came out of the caves and began to shape its civilization seamlessly. The story of Frachti reminds us how much man depends on the environment without necessarily the opposite being the case, that he is a part of nature and that will never change. 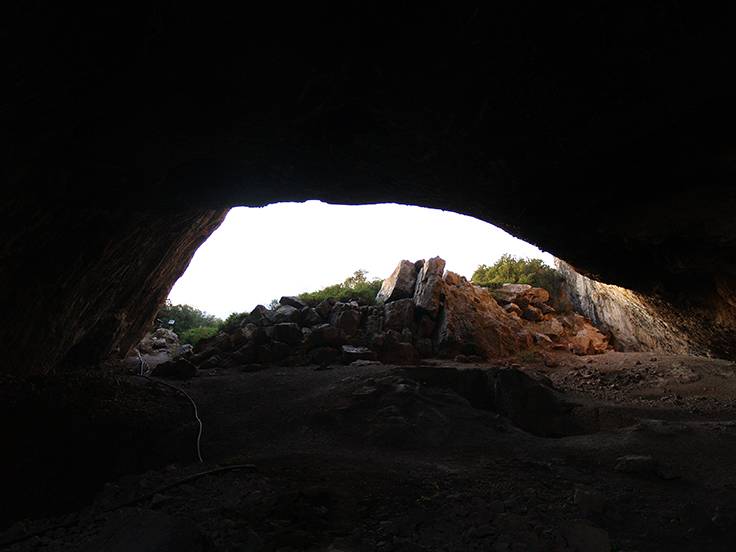