Chora is an ancient cycladic village hidden away on the mountains of Amorgos. Wander around the whitewashed alleys and discover byzantine chapels and small squares. Try traditional dishes and experience the cozy atmosphere of the nightlife. Hotels in Amorgos

Stroll in the alleys and the small squares

You'll come across many restaurants and bars in the central paved alley and the two squares, Loza and Plateaki. Enjoy coffee, cocktails, drinks, sweets and traditional greek meze every hour of the day. Hotels in Amorgos 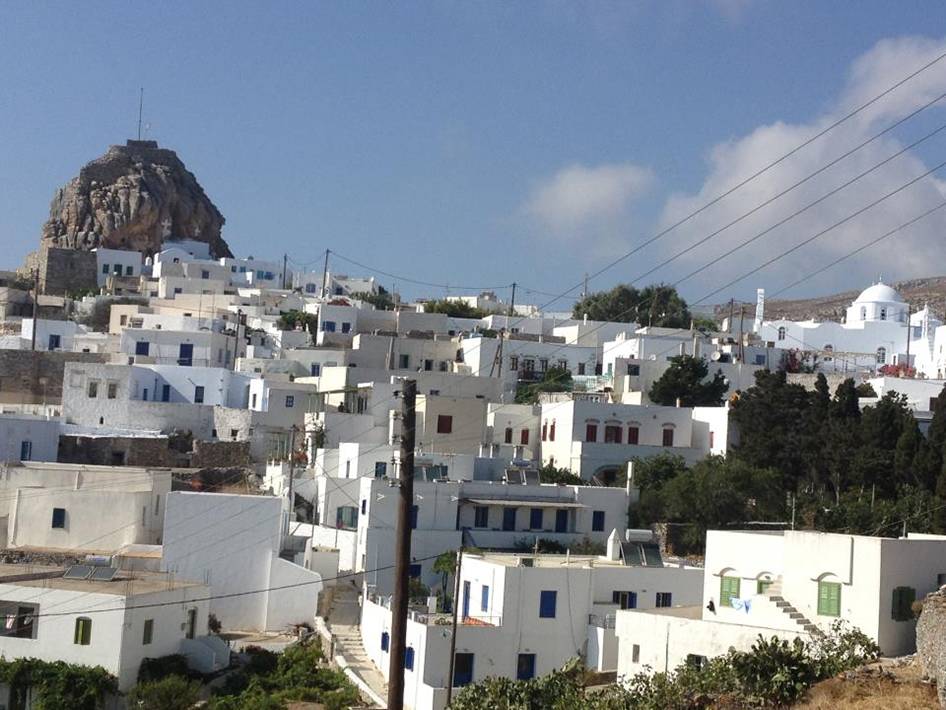 Chora with the hill of the castle. On the right, the white dome is the Metropolis of Amorgos in Loza

A little of history

Chora is hidden among the mountains at a height of 350 meters, unseen by the sea due to the fear of pirates. It was inhabited during the byzantine period, around the 7th century AD.

The castle was built during the venetian rule in the early 13th century and was the first nucleus of the village. The neighborhood around has medieval character and is called Vorina.

You'll enter Chora through Platea, the entrance of the village. The church of Agioi Pantes, renovated in 1644, marks the beginning of the alley that crosses the village from one end to the other. The alley is the expansion of Chora after the 16th century.

A few meters further up is the small square Plateaki with the three united churches.

After Plateaki is an arch called Emprostiada and marks the exit of Chora. 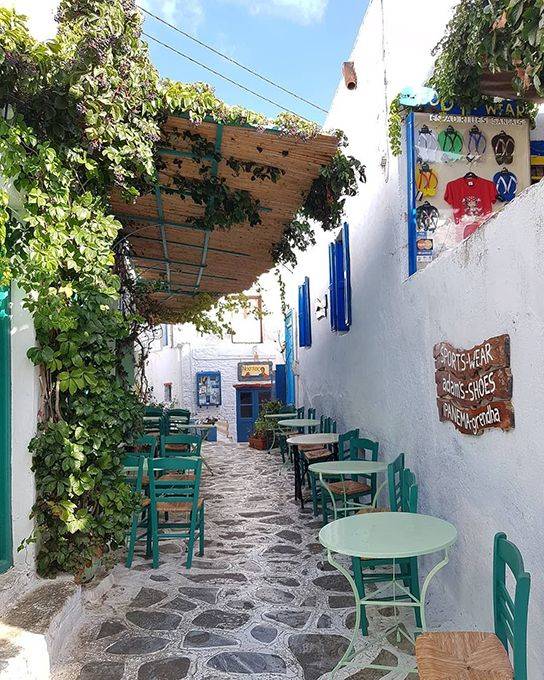 The main square is underneath the castle in the oldest neighborhood of Chora. Its name derives from the venetian word "loggia" meaning agora.

The Metropolis, renovated in 1689, dominates the square. The old white buildings and the trees, with the big eucalyptus in the middle, complement the surroundings. 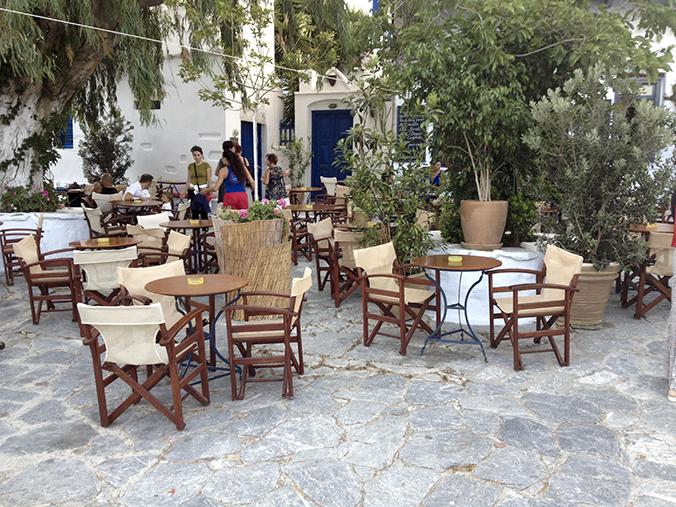 Loza is the main square of Chora

The small castle of Chora was built during the venetian rule in the early 13th century for the protection against the pirates.

In order to visit it, ask for the keys from the cafes in Loza.

You enter through Agios Georgios church, which is the gate of the castle. Going up the stairs, you'll see Kira Leousa church, the oldest in Chora, and the fortifications.

The hill is 65 meters high and has the best view in Chora and the mills. The best time to visit it, is before sunset.

Leaving Emprostiada behind you, continue uphill to the windmills. After a short and moderate ascend, you reach a balcony with an unforgettable view to the Aegean.

Stroll around the ruined mills and admire the view of the Aegean. The best time to visit them is before sunset, but watch out the fierce winds. 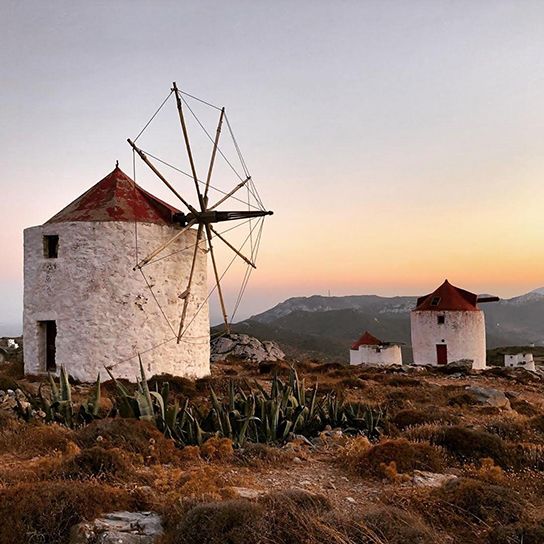 Don't miss the windmills with the unforgettable view

If you choose to stay in Chora, you can get around with the local transport.

In any case, check the timetable.

You may buy traditional products such as psimeni, rakomelo, loukoumi and pasteli at Amorgion shop.